There are two kinds of virrus which are A and B. They change their shapes little by little. Thus we cannot produce antibodies and we get infected many times. Normally in Japan, epidemic of flu is from early winter until early spring. However in Thailand, epidemic of flu is from August to September or from November to January. The population of Thailand is 67 million and 0.6 to 1.5% of people are catching flu every year.

High fever, head ache, joint pain, muscle pain, sore throat, cough, running nose. Influenza symptoms differ from the common cold by the severity of all of the symptoms that affect the body at once. It is also a characteristic of influenza that bronchitis and pneumonia etc. merge, and it is often severe.

In Thailand, there is a possibility of catching flu throughout the year. Incubation period is one to three days, and there is a sudden high fever (39℃ or higher), become limp at first. Adults have joint pain and muscle pain, but infants does not have those. Later on, there are symmptoms such as cough, sore throat, head ache, diarrhea, vomit and stomachache.Fever could last for a week. There is a possibility of developing complications such as bronchitis, pneumonia and encephalosis. Fibrillating and falling unconsciousness might be a sign for encephalosis. It is mostly developed after a day, since getting a fever.

Influenza is different from an ordinary cold, because it involves a huge number of people, children to elderly, in a short period of time. Moreover, when influenza is spreading, death rate increases, especially with people who are over 65 years old or with chronically ill people

These are the methods of transmission of influenza.

There are 2 types of transmission, droplet infection and airborne infection. It is infected by patients’ coughs or sneezes and also from the place where they touched after covering their mouth for coughs and sneezes. The virus infects from mucosa. When air is dry, the virus sticks easily to mucosa of throat. and it gets easier to catch flu.Therefore, washing hands and gargling is very important. Hand sanitizer is effective as well.

The best way to prevent flu is to recieve a vaccine. This is the most effective prevention method recognized worldwide. Also, avoiding crowds prevents flu.Taking a rest and taking enough nutrition is essential. Also, because the transmission of flu is related to dry air, using humidifier is recommended.

・Number of shots: Once

・Number of shots: Once

In the epidemic period, upon leaving your home and returning, wash your hands and face, and gargle your throat often is important. Also, as mentioned above, the onset of encephalopathy is often soon after suffering from fever and may cause cramping or disturbance of consciousness. This symptoms may grow prior to visiting the hospital so prevention is more important than treating it after the symptoms surface.

Vaccine is the only way to prevent flu. There is a possibility of getting flu even if you recieve vaccine, but it can prevent from developing into serious cases. 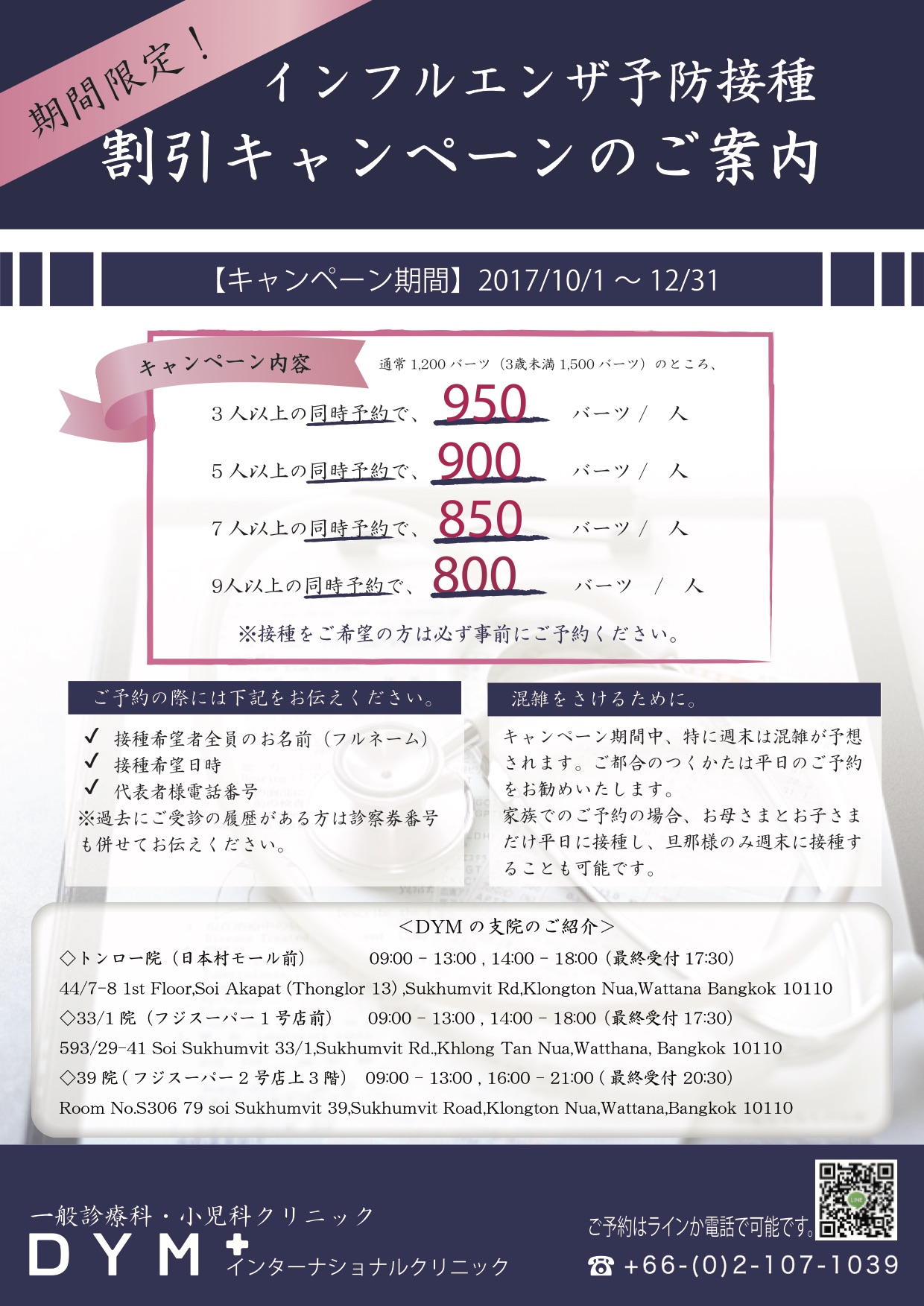 Credit cards are
accepted at this hospital.